Tring was a very early school in the area and students from several districts attended. When the C.P.R. was built and Marwayne became a village, Tring lost more than eight sections to the new district. It still remained an active and well cared for school. Improvements such as a paid caretaker, a teacherage, and trees had taken place.

Students from the village of Marwayne continued to go to school there and it was crowded. It was decided that a school must operate in Marwayne. It was interesting to note that the Tring School Board still administered the Marwayne School. Soon the Provincial Government insisted that Marwayne must operate their own school. Tring School continued to operate until 1952. It was interesting to note that when the old school was torn down they found four floors!

On a windy October day in 2008, the marker was placed at the site of this ambitious little school. The wind was cold. The folks that were there to do the work did not tarry. 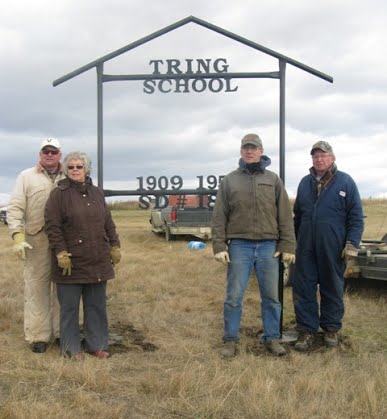 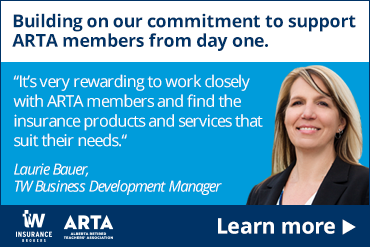