The Telegraph School site is situated north of Clandonald. It was a very modern building for the time. It was one of the very few schools that had a basement. This building was destroyed by fire. It was replaced with the Poplar Heights school building. This was a much smaller building, but served until the school closed in 1955.

The neat well-kept hedge of elm, ash and caragana has grown . The sign was erected with a background of all those trees. A small group shared memories of school and social functions at the Telegraph school on June 14 2008. Among those attending were Jack and Glenys Bauman and Joyce (Bauman) Reid. Jack and Joyce are former students of Telegraph School. 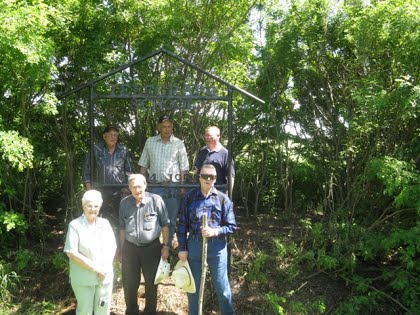 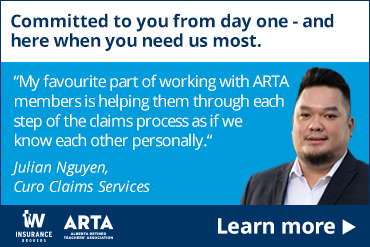