Kinnaird was one of the longest serving one room schools in the Vermilion School Division. Teacher shortages and dwindling populations saw most schools centralized in the early 1950s. Kinnaird survived until 1960 when students went to Kitscoty.

These school consolidations brought mixed feelings. Most districts mourned the loss of their little school because they were the centre of the communities even though larger schools improved educational opportunities.

The old Kinnaird building still stands, but it is now used as a granary. An ambitious group of former students and interested community folk gathered at the site in July 2007 to help install the sign.

Part of the installation has been asking for stories about school days at the particular location. At Kinnaird, we were told that it was not unusual for someone to bring a .22 gun to school as a method of gopher control. When they arrived at the school the gun would be looked after by the teacher and picked up by the student at home time. Times certainly have changed today!

This group also told about hanging a classmate down a well to convince him to swear. Apparently it took a few days before he was convinced to expand his vocabulary. 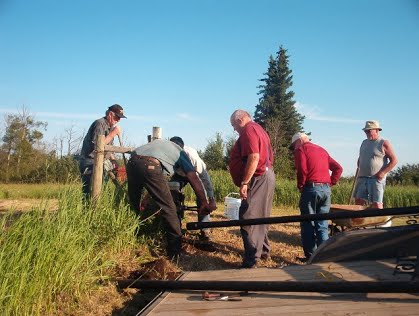 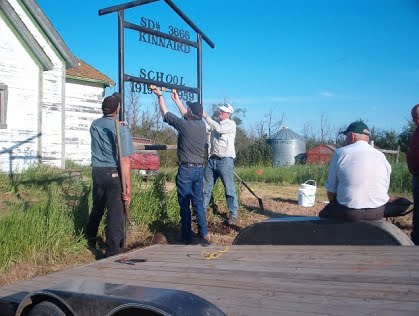 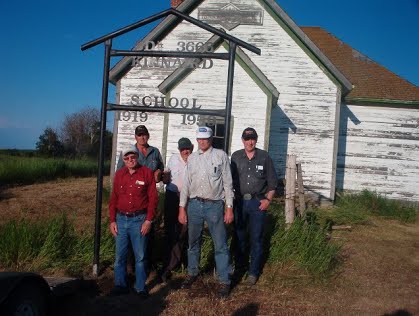