Ganton School was named for David Ganton, an early settler in the area. The school served two generations of many of the families in the community. When the school closed, the Presbyterian Church of Canada purchased the building. It has been kept in good repair and has been made into a lovely little church building. The Tolland community was fortunate in being able to purchase the former Triangle School which has served as a community hall. Both buildings stand in the former school yard and are used on a regular basis.

The Ganton sign was a pilot of sorts. We had found a manufacturer—at the Hughendon school–and made a design for the signs. We did not have our grant, but were anxious to get started. Ganton seemed like a safe place to start. It was my husband’s home district, so if we didn’t get any money we could gather a few people together and pay for it.

In June 2006, several neighbours gathered in the Ganton yard for the very first sign installation. Like many of the places that we have been to since, the big decision was where to put the sign. We settled on a spot in the yard between the two buildings and beside a cairn that names the early settlers in the area. Seven former students, one former teacher and a number of interested people celebrated the sign’s placement with a potluck supper. 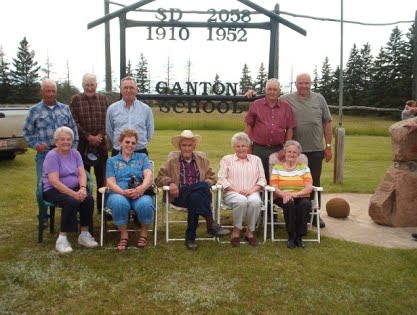 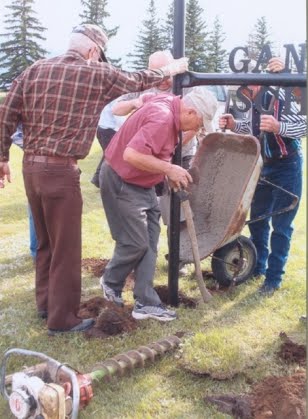 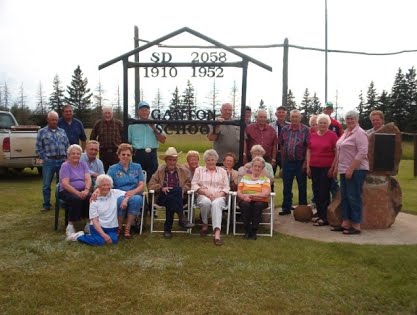 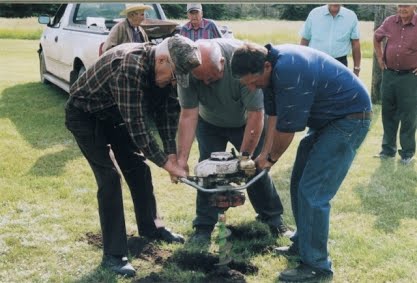