Carleton School was located a few miles south and west of Vermilion. When the school closed, the building was used for a community entre. As more people tended to go to town, and the upkeep was becoming a problem the community sold the building. It became a garage.

A small group of people met on June 24th, 2008 and helped place the Carleton School site marker. None of them had been students there, but all were connected in some way with the building. Thanks goes to Mr. Jim Barr who helped organize this day. 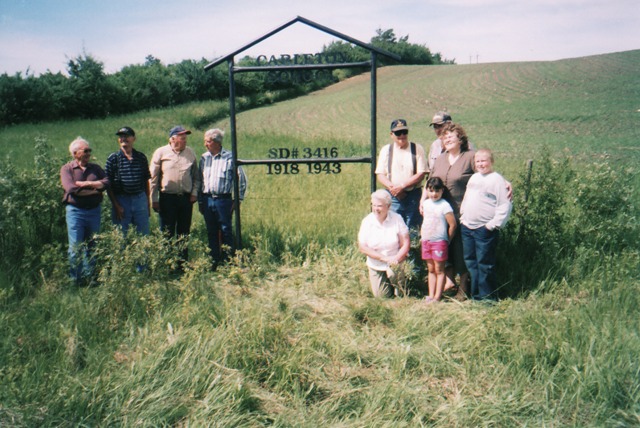